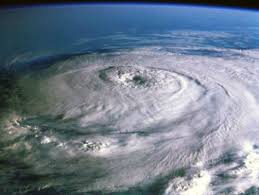 Tropical Storm Isaac took a long journey across the Atlantic Ocean, the Caribbean Sea, and finally into the Gulf of Mexico. The storm appeared to threaten the Tampa area but then continued on a northwesterly course towards New Orleans. Then the storm stalled and dumped 25”of rain in portions southern Louisiana. Further north many drought stricken-communities long for Isaac to bring rain to them.

Isaac is described in the news media and by weather forecasting agencies as being controlled by atmospheric conditions, or perhaps even having a mind of his own.

But let us not forget Whom Isaac obeys. Tell your children, tell your friends, that even the winds and the waves obey Jesus Christ, the Lord of all Creation. While we may not know the mind of God regarding his choice of Isaac’s route, we do know Isaac moves in obedience to Christ.

The disciples went and woke him, saying, “Lord, save us! We’re going to drown!” He replied, “You of little faith, why are you so afraid?” Then he got up and rebuked the winds and the waves, and it was completely calm. The men were amazed and asked, “What kind of man is this? Even the winds and the waves obey him!” Matthew 8:25-27